Why the Isles of Scilly are special

The islands support a greater diversity of breeding seabirds than any other island group or mainland site in England. They support internationally important populations of European storm petrel Hydrobates pelagicus (hereafter ‘storm-petrel’) and lesser black-backed gull Larus fuscus, and nationally important populations of shag Phalacrocorax aristotelis and great black-backed gull L. marinus. The populations of a further six species (seven if Roseate Tern Sterna dougallii is included) are regarded as important in a southwest regional context.

The greater part of the seabird interest is contained within 14 Sites of Special Scientific Interest (SSSI), the Isles of Scilly Special Protection Area (SPA) and Ramsar Site, and the Isles of Scilly Important Bird Area (IBA). Much of the area is also a Special Area of Conservation (SAC).

Seabird surveys of the islands in 2006 revealed that there were 20,000 seabirds of 14 species.  A number of these species are internationally important, where the UK holds at least 20% of the European breeding population, including Manx shearwater and storm petrel. 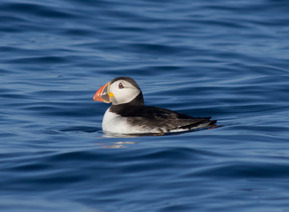