Today we were joined by journalist Mark Rowe, National Geographic Traveller, and his lovely family. Writing a feature on Scilly for the annual National Geographic Traveller Family issue they joined us at the Manx shearwater burrows. All the family were delighted when a Manx shearwater called back from a burrow on Winglentang to declare its coccupation of the nest site and recent return from South America.

They also assisted Lydia to set up the rat sign for the days 'mock incursion response', so were aware of the secret mock ahead of the commuinty  - well done for keeping schtum until it was called in! They also joined the wildlife safari boat trip later in the afternoon as saw seabirds and seals.

Thanks for visiting us and wer look forward to reading the article in Autumn. 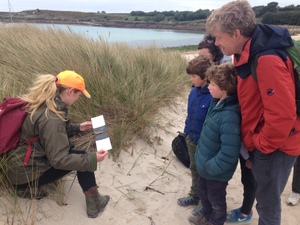 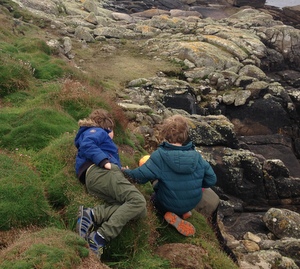