Over the past 48 hours we have carried out a ‘mock rat incursion response’ to test our protocols for removing rats if, and when, one returns to St Agnes or Gugh.

The incursion response team is split into three (on all sides of the water) St Agnes and Gugh, St Mary's and mainland Southwest region. Firstly if anyone ‘rats on a rat’ (suspects anything suspiciously ratty on St Agnes or Gugh) they call a hotline number based at the Isles of Scilly Wildlife Trust (IoSWT) on St Mary's. The call is then sent onto the community via a St Agnes 'Seabird Heritage Volunteer Coordinator', who organises a site inspection and surveillance of nearby biosecurity stations, then reporting the findings to the RSPB team in Penzance.

If there is any positive rat sign, then an incursion response consists of; the St Agnes community 'seabird heritage volunteers' placing bait into the biosecurity stations within 24 hours and a mainland RSPB team arriving within 48 hours to carry out a months wider baiting programme.  We tested whether the actions required from all three teams within the first 48 hours could indeed be delivered. The results were then fed back as part of a community talk at the end of the 48 hours.

In order to test what resources would be available if the rat were real, most members of the teams did not know this mock was happening. Project Manger Jaclyn Pearson played the role of the  person ‘who ratted on a rat’, and the IoSWT CEO, mainland response Coordinator and Administrator knew about the mock, asking all team members to respond as though it were a real event.

The results of this mock incursion were excellent.

A community talk on Thursday night summarised the activities of the day and feedback from everyone involved which included;

Thank you to everyone involved. If and when a rat gets back we all feel confident that this robust incursion plan combined with its resources, will have a high probability of returning the islands to, and maintaining them as, ‘rat-free’.

*Just 5 ‘inland stations’ were not baited, as they are single stations on different community members land, who are not trained in handling rodenticide (bait). It was deemed most appropriate for one mainland incursion team member to bait these on arrival to the islands. These landowners were happy to check them and report back any rat sign in the wax. 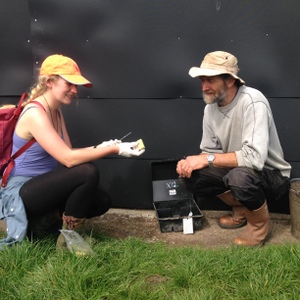 Project Officer Lydia carries out refresher 'rodenticide training' for community volunteer and farmer Mike Hicks, so he can place 'fake bait' in his monitoring boxes on his land as part of the mock incursion response. 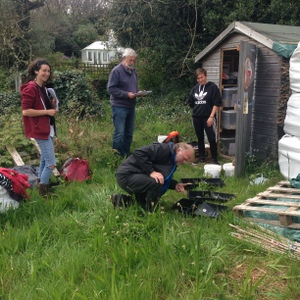 Project Assistant Holly carries out refresher 'rodenticide training' for community volunteers Grace, Chris and Mark so they can place 'fake bait' in their monitoring boxes as part of the mock incursion response. 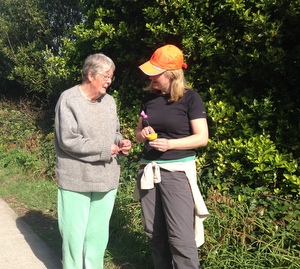 Project Manager Jaclyn Pearson explains to volunteer Rose how she can assist the response by using monitoring tools.