One of the storm petrel chicks was outside the burrow, it was a fleeting glimpse, but it had ‘fluff’ setting apart from an adult (picture is not the best quality!). The other two were heard ‘cheeping’ in their nest sites.

The Manxie chicks were ‘wing flapping’ outside their burrows, they are getting ready to depart for open seas.

We have a few more ‘evening chick-checks’ ahead of us, so far we have recorded 43 Manx shearwater chicks, and we hope to hear more ‘stormie’ chicks. 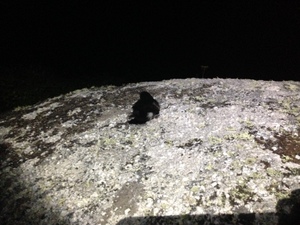 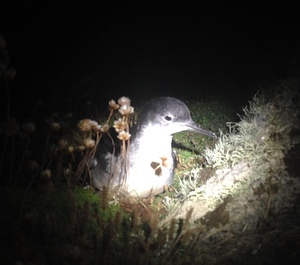