The second Isles of Scilly Seabird Conservation Strategy is produced (2009-2013). This makes specific reference to producing a detailed feasibility study for the removal of rats on St Agnes and Gugh. Support for the Seabird Strategy was adopted as one of the actions in the Isles of Scilly Area of Outstanding Natural Beauty (AONB) Management Plan.

March. A workshop (facilitated by the Isles of Scilly AONB Partnership) is held on St Mary's, Isles of Scilly to obtain the views of community representatives and other organisations on the Isles of Scilly to determine the level of support for carrying out a feasibility study and to identify the issues. Twenty people attended in person and additional feedback was provided by others who could not attend. The workshop findings indicate support to proceed to the next stage, on the basis that any feasibility study includes wider public consultation and assessment of the various issues identified.

A project team is set up (RSPB, IOSWT, IOS AONB and NE) with RSPB taking responsibility for overall management of the project. Advice is provided by the Seabird Conservation Group and experienced staff involved with the Lundy Seabird Recovery Project. Expert local advice is provided by the Joint Advisory Committee for the IOS AONB, which facilitates communication with the various people and islands involved.

The project team commissions a feasibility study to look at the range of issues including an assessment of each island community's support to achieve 'rat-free' status. Because the issues are more complex on the inhabited islands, compared with the uninhabited, and to ensure that issues raised in the workshop are adequately addressed, experienced, specialist contractors Wildlife Management International Limited is contracted to undertake the work.

October. Elizabeth Bell, Senior Ecologist with WMIL visits the inhabited and selected uninhabited islands. She holds a series of interviews and meetings with stakeholders and interested parties. St Agnes and Gugh are visited to address issues that could affect the success of any rat removal programme. Public meetings are held and face-to-face interviews of all adults on the islands conducted to gather information on the islands, determine the level of support for rat removal and answer concerns about the proposed operation.

On Bryher, Tresco and St Martin's, local contacts organised meetings, interviews and/drop-in sessions to gather information and also the opinions of local residents about the possibility of removing rats from these islands. Fifty five adults from St Mary's are interviewed to get a representative view from this island.

June. The findings of the feasibility study are completed following consultation, then peer-reviewed by international experts. The conclusions are that brown rat removal from St Agnes and Gugh is feasible and had 100% from the community there. In autumn, a feedback workshop is held by WMIL on St Agnes and Gugh. Support from the community was given to proceed with funding applications.

A project steering group is formally established and expanded to include both the Duchy of Cornwall and a St Agnes representative. The RSPB on behalf of the partnership secures the major funding from EU LIFE Nature and the Heritage Lottery Fund to support the delivery of the project. In addition to the conservation work, a range of learning and participation elements are further developed.

A project manager and admin assistant are employed by RSPB to deliver the project on the islands. Two contractors are appointed to carry out the main pieces of conservation work. WMIL are selected to carry out the rat removal programme. Spalding Associates Limited are selected to establish baseline data and monitoring protocols to examine the impacts of removing rats on other wildlife. Other contractors are selected for a range of additional work, including seabird surveys.

A range of learning and participation events, survey work and pre-removal preparation, including securing consents, are carried out.

The winter rat removal operation has been completed and bait stations are brought back into storage in March 2014. There has been no sign of rats since the 30th of November 2013. In September 2014 we had our first big sucsess story with 10 reported Manx Shearwater chicks fledging from St Agnes and Gugh. WMIL provide biosecurity training to the project team and the community in order to keep the islands rat- free. Please help us and report any rat sightings 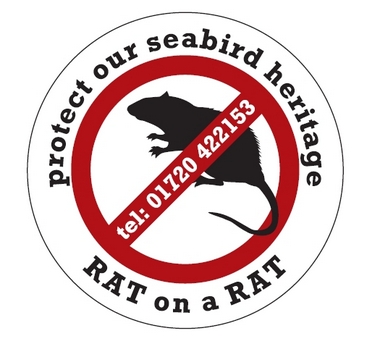 This year a full seabird survey was carried out by the RSPB on the islands as well as the ongoing productivity monitoring.  These surveys found significant increases in the Manx shearwater population and the first breeding storm petrels in living memory.  Not so positive news though for gulls and terns, with lesser back backed gull, herring gull, kittiwake and common tern all recording significant declines, and a worrying decline in shag.  Auks are faring well though with both razorbill and guillemot increasing and puffin stable.  The overall picture though was of a 10% decline in the SPA population since the last survey.  Long term monitoring was carried out by a team of volunteers on the islands and a number of ROARS tested the response methodology of the project, although no rats were found.

Elizabeth Bell from WMIL came back to St Agnes and Gugh to complete the final check for the project.  No rats were found and the islanders were able to celebrate rat-free status on 13th February 2016.  A team of islanders are now in place checking the monitoring stations regularly and supported by the project team.  The project is reviewing its long term bio-security and maintenance plans, including the development of an RSPB mainland response team to support the islands in the unlikely event that rats re-invade.

A ‘mock incursion’ was held in order to test our biosecurity measures and incursion plan with our seabird heritage volunteers on the islands and our incursion response team on the mainland. The mock went well and helped identify areas that needed refining or changing and confirmed that the others worked. In September we held our end of project conference. This was to review the effectiveness of the project's methods, to share lessons and connect with others working in the field. Key decision makers had the opportunity to learn the processes of rat removal work for island restoration and the key components for replication and transferability elsewhere in the UK, Europe and worldwide. The project came to an close at the end of October 2017 when the biosecurity on St Agnes and Gugh was fully passed on to the seabird heritage volunteers who will continue to monitor the islands for rat sign and to the Isles of Scilly Wildlife Trust who will manage the ROAR hotline and fundraising. 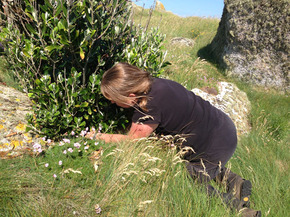 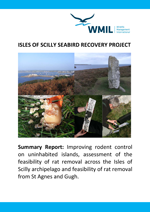 WMIL carrying out the feasibility study 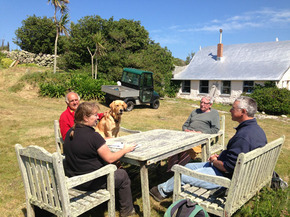 WMIL engaging with the community 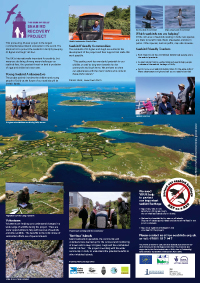 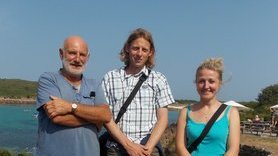 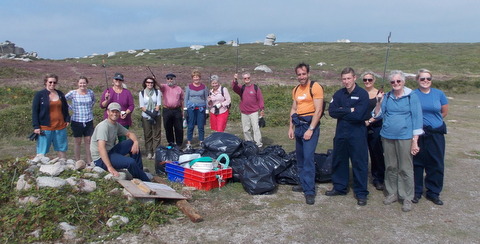 Beach clean to get the islands 'rat-removal ready' 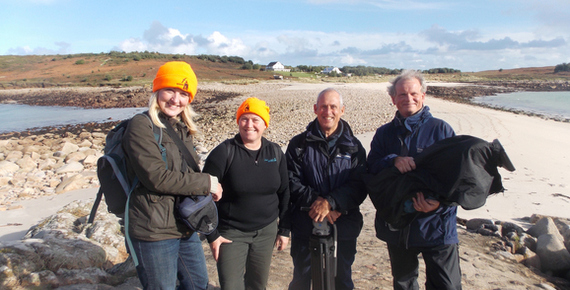 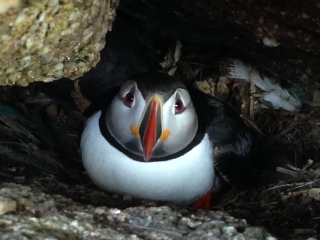 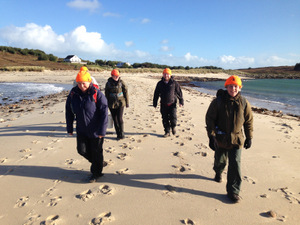